A true taste of Australia

The unspoilt landscapes of Australia produce a wide variety of fresh and tempting produce. Since the country is so far away from anywhere else, with the exception of New Zealand, all produce is grown locally, giving farmers ultimate freedom and innovation which shines through in the food.

With unparalleled weather, hours upon hours of sunshine, outstanding natural beauty and a casual outdoor dining lifestyle, you’ll be hard pushed to find anywhere else in the world that even challenges with Australia when it comes to dining. 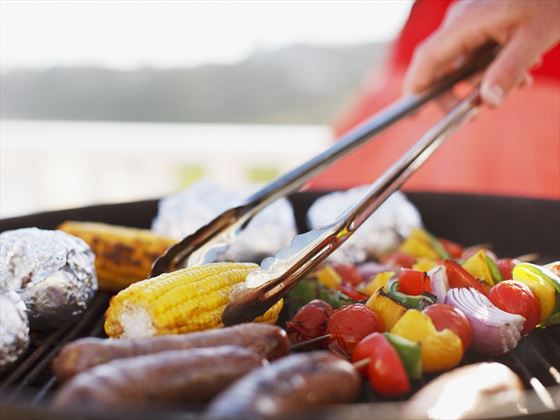 The unbeatable quality and wide variety of produce found in Australia is one of the main reasons for the country’s culinary creativity. Thanks to the various climates – ranging from tropical forests to arid deserts – and the varying temperatures of humidity and cool breeze, there’s almost nothing Australia can’t grow or produce on its own diverse soil. Not only that, but the country is also home to several ingredients which you won’t find anywhere else on the planet, resulting in recipes and dishes which many nations can’t even begin to create.

Salmon and oysters are in abundance throughout the waters of Tasmania, whilst barramundi is plentiful in the Northern Territory. You’ll find bountiful black truffles and venison meat in Western Australia, as well as a surprising array of tropical fruits in Queensland. Whatever you’re looking for in Australia, you’re sure to find it.

Forget the classic English roast dinner on Christmas day, instead in Australia this festive day is the perfect excuse to get out the barbie and tuck in to delicious grilled meats and seafood on the beach. It’s not just Christmas day either – all throughout the year the BBQ’s are out and the smoke is billowing. The Australian BBQ is all about slow cooking, especially tough cuts of meat, and allowing the food to soak up the smoky fragrance and rubbed spices and herbs until they become moist and practically falling apart. Having a delicious BBQ isn’t only about the food though – instead it’s a great way to leisurely spend time with family and friends, cooking and dining on lamb chops, steak and sausages (or snags, as the Australians say) over a chilled beer or glass of wine. 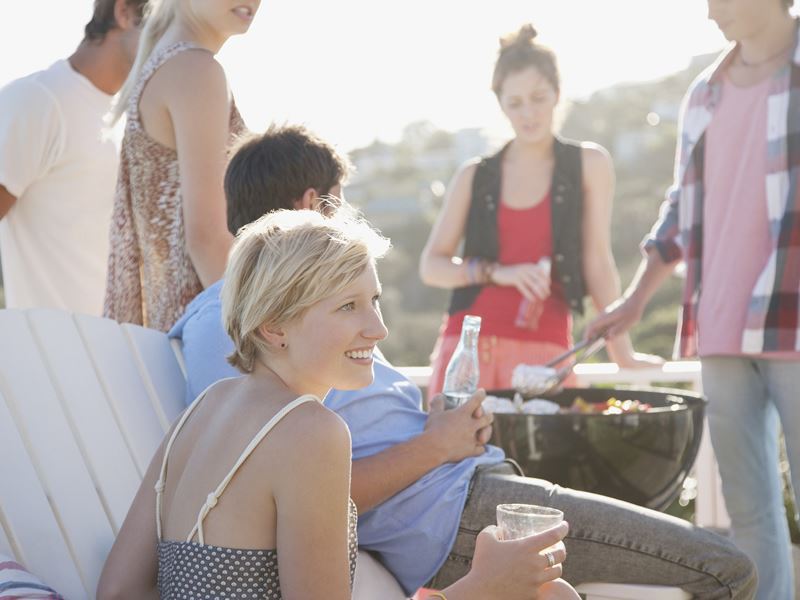 It’s not just the typical cuts of meat either. Emu is a regular on Australia’s menus, offering a virtually fat free treat either served cold, on a pizza, or even in a pie.

The Australians do any kind of dish well thanks to their fresh produce, but there are a few treats that regularly fall into their diet. Sling a chunk of beetroot on your burger and it’ll automatically become an Australian delicacy, whilst sweet tooths are satisfied with Tim Tams (kind of like a Penguin bar), pavlovas and Lamingtons - the national cake of Australia consisting of a light sponge coated in chocolate and desiccated coconut. 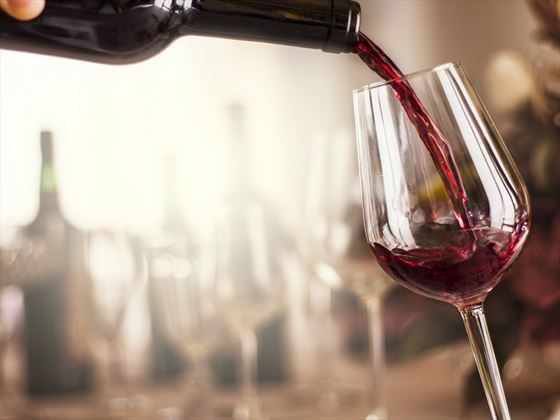 Why not wash all that down with a glass of exquisite wine? The fourth largest exporter of wine in the world – with more than 750 million litres exported internationally each year – Australia’s wines are just as diverse as the food served on your plate. Wine is produced in every state across the country, however the majority of wine regions are found in the cooler, southern parts of the country, where a Mediterranean-like climate creates ideal conditions for growing a variety of grapes.

The country’s most famous wine is Penfolds Grange, which has won a staggering number awards and over 50 gold medals. The wine won first prize in the Syrah/Shiraz category in the Paris Wine Olympics and was given the title of Red Wine of the Year by Wine Spectator magazine which rated the vintage 99/100.

New South Wales is home to Australia’s oldest grape growing region – Hunter Valley, a beautiful landscape painted with verdant vineyards and rolling hills. Hunter Valley Semillion is regarded as the iconic wine of the region, but there are many other varieties available, including Shiraz, Cabernet Sauvignon, Chardonnay and Verdelho.

Just a short drive from Melbourne, Victoria you’ll find Mornington Peninsula, peppered with prosperous vineyards which you can explore on tours, and cellar doors where you can sample the local wines. The hallmark wine varieties here are Chardonnay and Pinot Noir.

Further north of Mornington Peninsula lies Yarra Valley, a wine region home to over 80 different wineries, ranging from quaint family-owned businesses to huge estates. Thanks to its relatively cool climate, Yarra Valley is able to produce some of Australia’s finest Pinot Noir and sparkling wine. 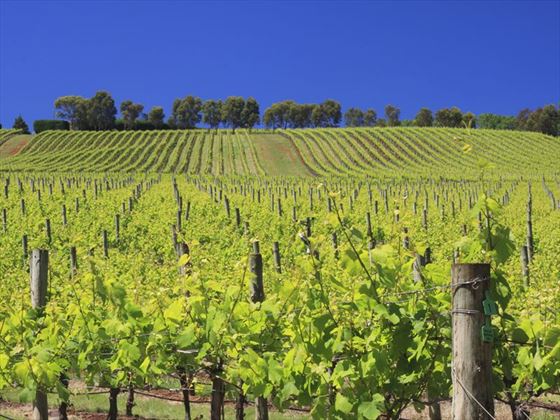 Australia boasts over 2,400 wineries which together produce more than 100 different grape varieties. Much more than your standard bodega where you can sample the locally-produced wine, the wineries on this list offer complete gastronomic experiences, with restaurants, events, artwork, private tasting sessions, behind-the-scenes tours and workshops, all in some of Australia’s most beautiful locations.

Located in Hunter Valley, New South Wales, Wyndham Estate is one of the country’s oldest vineyards, which became home to Australia’s very first commercial Shiraz vineyard in 1830. This historic winery is entirely dedicated to creating full-bodied, rich and robust wines which it exports to 65 countries worldwide.

Here you can explore the Dalwood Heritage Trail which passes through various vineyards before ending at the 180-year-old house which belonged to one of the founding fathers of Australian wine production. The trail includes the option to join in with a wine-tasting master class, wine sampling at the cellar door and a lecture on the Hunter River conservation project.

Established in 1928 in Bilbul, New South Wales, De Bortoli is now in its fourth generation and currently produces a huge variety of wines, including Merlot, Shiraz, Riesling and Pinot Gris, to name but a few. The winery invites visitors to see how premium wines are produced as part of a behind-the-scenes tour, followed by mature wine tastings straight from the barrel.

After the tour you can continue on to sample the best of the most recent vintage at the cellar door which pairs wonderfully with the locally-produced mature cheese. If you’re after something more than a bit of cheese, you can dine in the onsite restaurant which reflects the family’s rich Italian heritage. 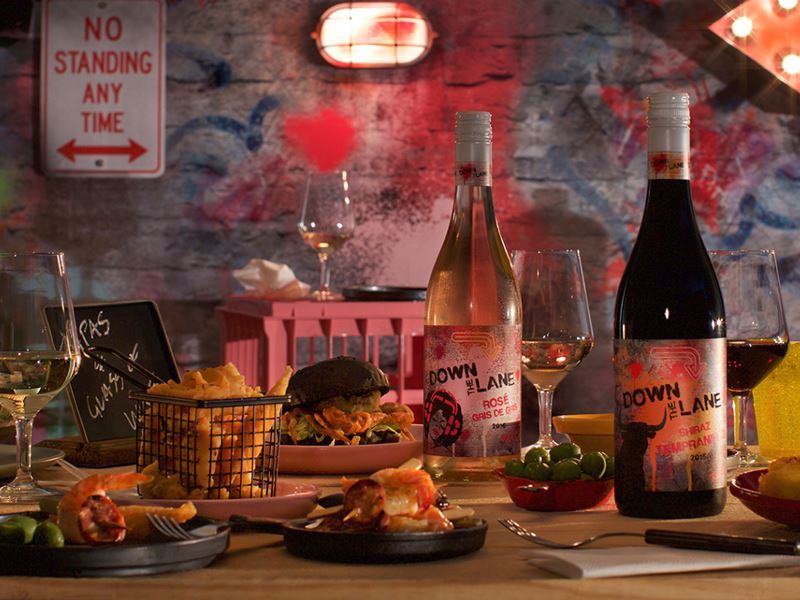 Thanks to the region’s natural topography and mild climate, the Montalto Vineyard and Olive Grove specialises in producing premium cool climate wine, such as Chardonnay and Pinot Noir. Known for its welcoming ambiance, intimate cellar door, beautiful grounds and acclaimed restaurant, this winery is the perfect place to while away a sunny afternoon in Australia.

The winery is dedicated to wine education and offers several workshops, lectures and chats about its wine and vineyards. Visitors can choose to tour the vineyards and wine-making sections of the estate or explore the entire grounds which include a sculpture walk, wetlands and an olive grove. 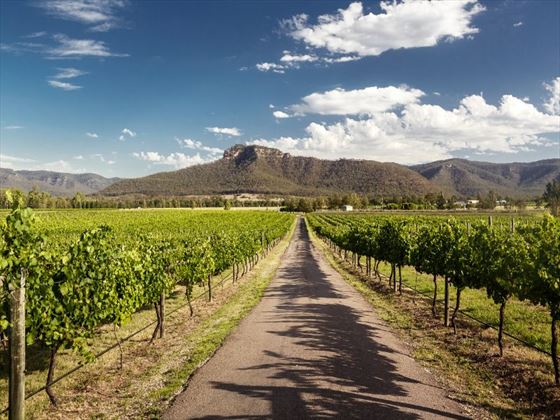 With such top quality ingredients and incomparable resources, it’s no surprise that Australia hosts a number of food and wine festivals each year. Whether you want to try some fresh seafood, indulge in seasonal vegetables or sip on locally-produced wine, Australia offers the perfect collection of foodie festivals to tantalise your taste buds, invigorate your imagination and satisfy your appetite.

For more than 20 years, the Melbourne Food & Wine Festival has been pleasing food and wine lovers in their thousands through a world-class programme of culinary events. This festival is held over three weeks every March and boasts more than 200 activities, held in various venues throughout Victoria. Here you can explore bustling food markets, sample fresh seasonal produce, dine in award-winning restaurants and watch celebrated chefs show off their skills.