Head out on one of these top day trips from Brisbane

Brisbane is the ideal base for exploring Australia’s iconic east coast. Queensland’s trendy capital lies between the Sunshine and Gold coasts and is surrounded by national parks, mountains, vineyards and islands. Discover the city’s parks and urban beach, museums and nightlife, then head out on one of these top day trips from Brisbane.

All these destinations lie less than three hours from Brisbane and are perfect for daytrips.  To extend your stay in the city, try The Great Sunshine Way Self-Drive loop, which takes in sights like Noosa and Lamington National Park.  Planning an entire east coast road trip? Then incorporate some suggestions from our Pacific Coast Explorer Self-Drive tour into your itinerary. 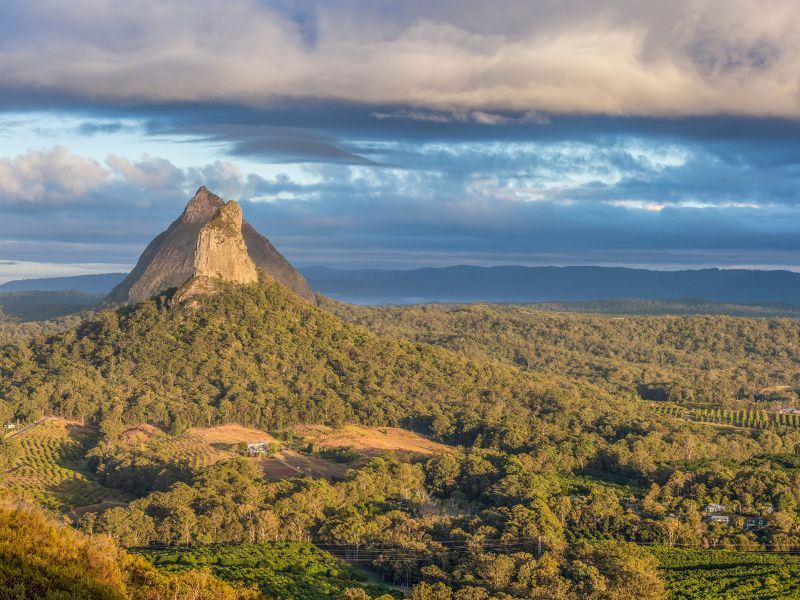 This pristine national park lies just an hour and forty minutes north of Brisbane. Explore 15 kilometres of trails leading through forests filled with giant Kauri pines, koalas and native birds. A favourite is the Coastal Track, which snakes along the headland, with cliff-top views over spots like Dolphin Point and Boiling Pot. Head down to Main Beach to relax, swim, surf or do some stand-up paddleboarding. Don’t miss Noosa’s nearby Eumundi, Australia’s largest arts and crafts market where you can find international food stalls, gifts and produce. 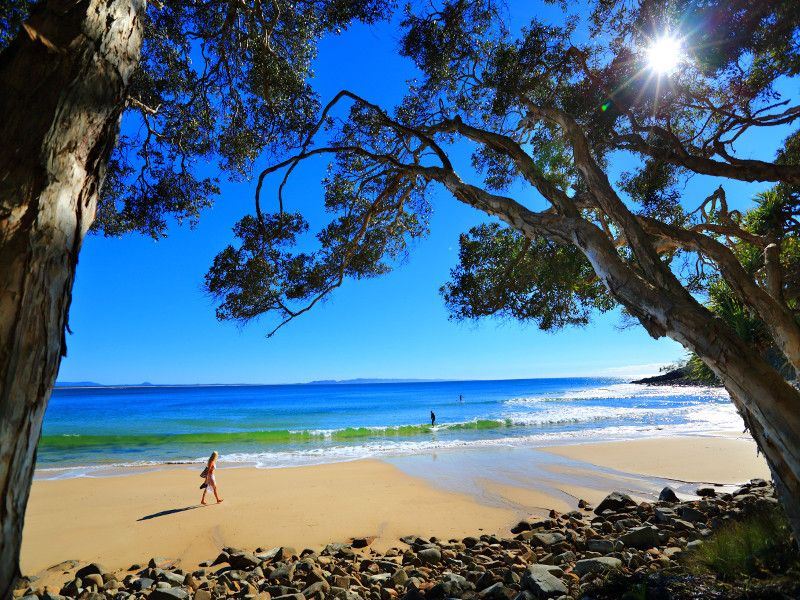 Bribie is the smallest of Queensland’s three major sand islands. It takes less than 90 minutes to drive there via a bridge connected to the mainland. Most of the island is a designated national park and to explore properly you’ll need a four-wheel drive. However, the southern tip is accessible to all cars and offers white-sand beaches, views of the Glass House Mountains and the chance to spot over 250 species of birds as well as dolphins, turtles and kangaroos. There’s great surf on the western side and you can learn about local wildlife at the Bribie Island Seaside Museum.

Formerly known as Brisbane Forest Park, D’Aguilar covers around 28,500 hectares. It takes just 95 minutes to drive to the park, which is filled with subtropical rainforest, eucalyptus woodlands and walking tracks peppered with picnic spots. The park is split into two regions, South D’Aguilar and Mount Mee to the North. Most of the walking tracks are in the south, where you can also take a forest drive, passing Mount Nebo and Mount Glorious. Top viewpoints include McAfee’s Lookout, Westridge and Jolly’s Lookout which has views over the Glass House Mountains. There are also numerous mountain bike trails and the Rocky Hole is perfect for a refreshing swim.

Take this 55-kilometre scenic drive through the cool Hinterland, which lies around an hour north of Brisbane. Stop at the charming mountain towns of Montville, Maleny and Mapleton, which boast old-world streets lined with bookshops, home-made fudge stores, English cottages and markets. Montville in particular is known for its vintage goods, antiques, handblown glass and clock shop. Visit the tiny sandstone chapel before moving on to Maleny, famed for its dairy and spectacular views of the Glass House Mountains. Nearby sights include Lake Baroon, waterfalls at Kondalilla National Park and Steve Irwin’s Australia Zoo. 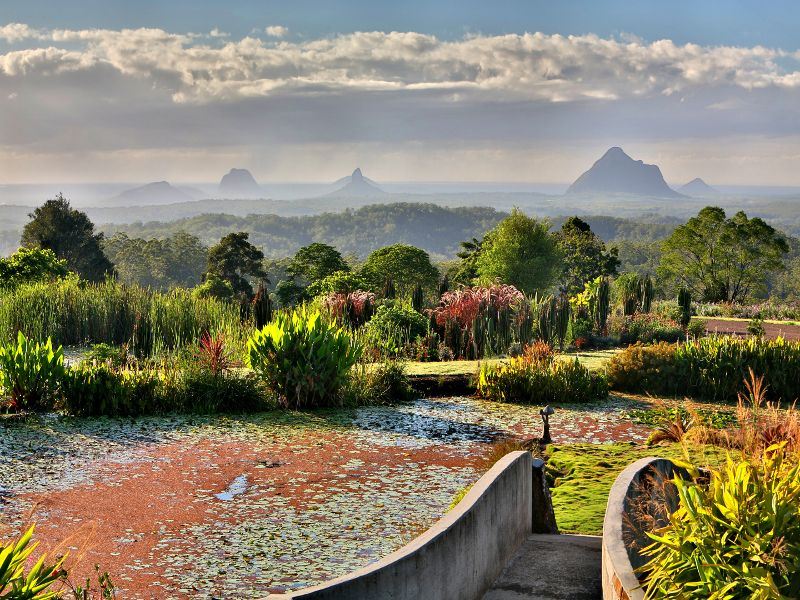 Also set in the Hinterland, the town of Glass House Mountains lies an hour north of Brisbane. The town is named for its nearby range of 13 peaks, which are actually volcano cores dating back 26 million years. These natural wonders are listed on the National Heritage Register for their beauty and cultural significance to the Gubbi Gubbi people, the area’s Aboriginal founders. There are various summit trails you can take but be aware that some require climbing equipment. Some of the best routes include the Glass House Mountains Lookout Circuit and the Mount Beerwah and Mount Tibrogargan summit routes. 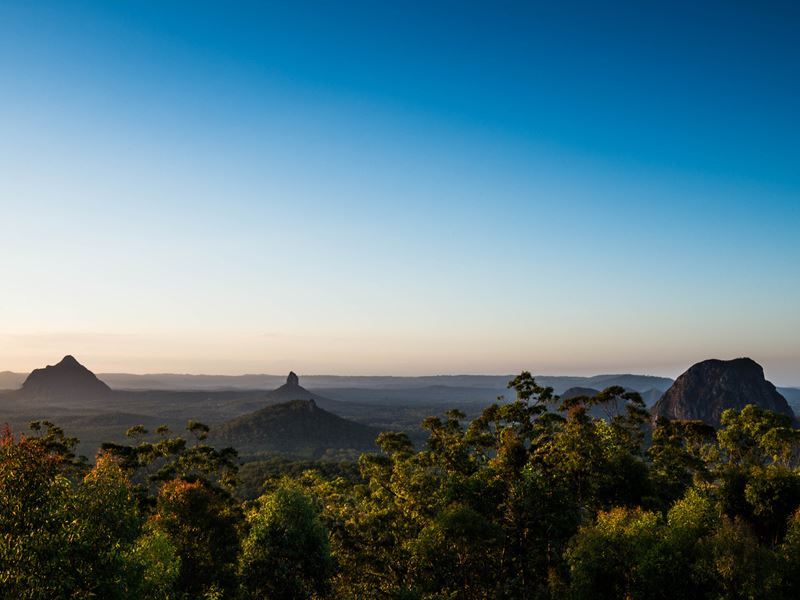 Toowoomba, known as the City of Gardens for its 150 public green spaces, is a 95-minute drive west from Brisbane. The quirky hub is perched 800 metres above sea level and is Queensland’s largest inland city. Visit the Japanese Gardens at the University of Southern Queensland, which covers four and a half hectares and features over 200 species of Japanese and native plants, a lake, waterfall and rock displays. Toowoomba is also loved for its farmer’s markets, street art and café culture, as well as its annual Carnival of Flowers in September. Head to the Cobb & Co Museum to learn about the area’s cultural history. 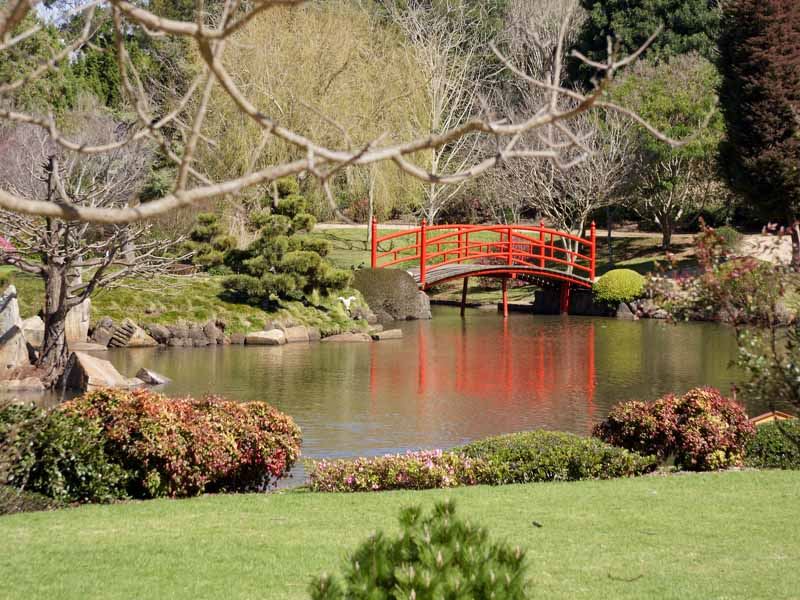 For a peaceful small-town experience, drive 45 minutes west of Brisbane to Samford, which is packed with cute shops and cafes. It’s also the starting point of the Samford Valley Heritage Trail, which features 13 stops including a farmer’s hall, museum and memorial park. Drive on to the village of Mount Nebo in the D’Aguilar Mountains. The Visitor Center in The Gap can provide directions to key landmarks like the Nebo Mosaics and Abu Badd Rolling Stone. For wildlife, head to the nearby Walkabout Creek Wildlife Centre, a sanctuary for platypuses, wombats, Australian birds, marsupials and reptiles.

Just under an hour from Brisbane, beautiful Wivenhoe Lake makes an ideal day escape from the city. The lake is surrounded by parklands and is a popular hub for watersports like canoeing, kayaking, swimming and sailing. There are plenty of BBQs and picnic grounds, as well as the chance to spot wild koalas. As the largest lake in Southeast Queensland, there are six dedicated recreation areas: Hamon Cove, Cormorant Bay, O’Shea’s Crossing, Logan’s Inlet, Spillway Lookout and Branch Creek. 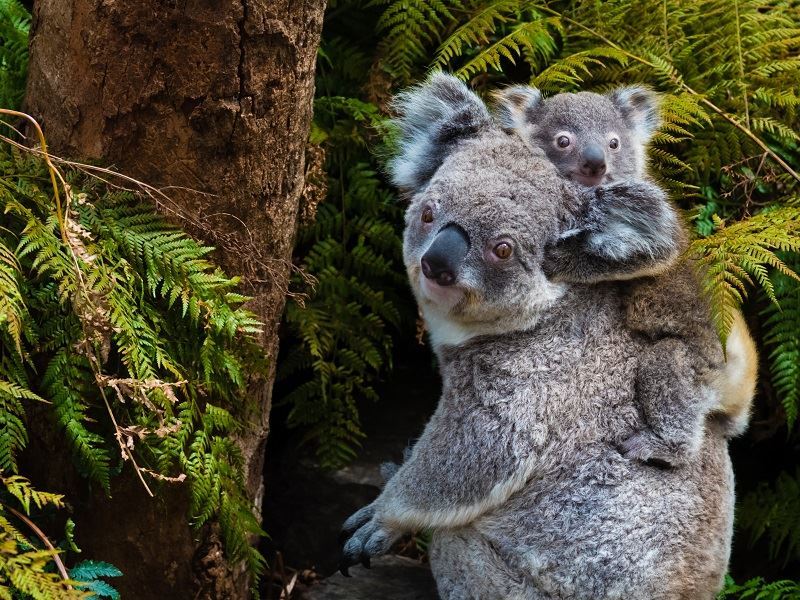 Drive south from Brisbane along the Gold Coast for an hour and a half and you’ll reach Lamington National Park, part of the UNESCO-listed Gondwana Rainforests. Covering over 200 square kilometres, you can visit two sections: The Green Mountains and Binna Burma. One of the highlights is the Tree Top Walk which takes you through unspoiled forest and across nine suspension bridges. You can marvel at aerial views from a 30-metre-high deck, watching out for over 190 species of birds. The park is also home to long-nosed bandicoots and a variety of other wildlife, walking trails, Elabana Falls and the Border Ranges.

Located in Tamborine National Park an hour from Brisbane, Tamborine Mountain is a picturesque town set in the heart of nature. Explore boutiques, galleries and craft shops, as well as the botanic garden and nearby Cedar Creek Vineyard and Winery. Take in the scenery on the 45-minute-long Rainforest SkyWalk, then head to the nearby glow worm caves. Tamborine National Park lies on the Scenic Rim and is divided into six sections with walking tracks, lookouts and waterfalls like Witches Falls.

Visit one of the Gold Coast’s most famous beach resorts: Surfers Paradise. A two-hour coastal drive will take you to this glamourous town, where the wide, white-sand beach is flanked by glitzy high-rises and modern shopping malls. Head up to the SkyPoint Observation Deck for views over this classic stretch of coast or simply head to the beach for some world-class surfing. The promenade boasts plenty of eateries and there are designated, patrolled swimming areas as well as whale watching trips available. Nearby attractions include the theme park Dreamworld and Currumbin Wildlife Sanctuary. 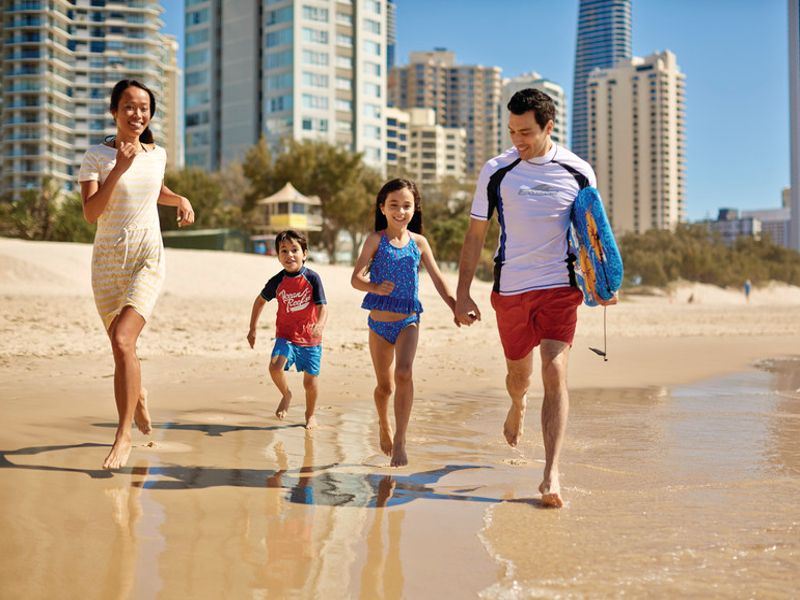 Springbrook lies 90 minutes from Brisbane on the Scenic Rim and is also part of the Gondwana Rainforests of Australia World Heritage Area. Hiking trails provide views over volcanic gorges, cliff-tops and three waterfalls: Purling Brook Falls, Twin Falls and Goomoolahra Falls. The four-kilometre Twin Falls Circuit route is one of the most popular routes. You can also enjoy sweeping scenery from Canyon Lookout and the Best Of All Lookout, which boasts panoramic views across Queensland and New South Wales.

If you’re looking for an island getaway, take the 50-minute ferry trip from Brisbane to North Stradbrooke Island, the world’s second-largest sand island after Fraser. Relax on soft-sand beaches, bathe in turquoise waters and take surf lessons at the North Stradbroke Island Surf School. Get a glimpse of the island’s unique flora and fauna on the North Gorge Walk, a seaside trail and boardwalk to Point Lookout. Watersport lovers can go diving, snorkelling or kayak around the island and there’s a chance to spot dolphins, sea turtles and even whales during their winter migration.

The third-largest sand island in the world, Moreton, is a slightly further 75-minute ferry journey from downtown Brisbane. Around 95 percent of the landscape is protected in a national park, but there’s one big resort, Tangalooma. 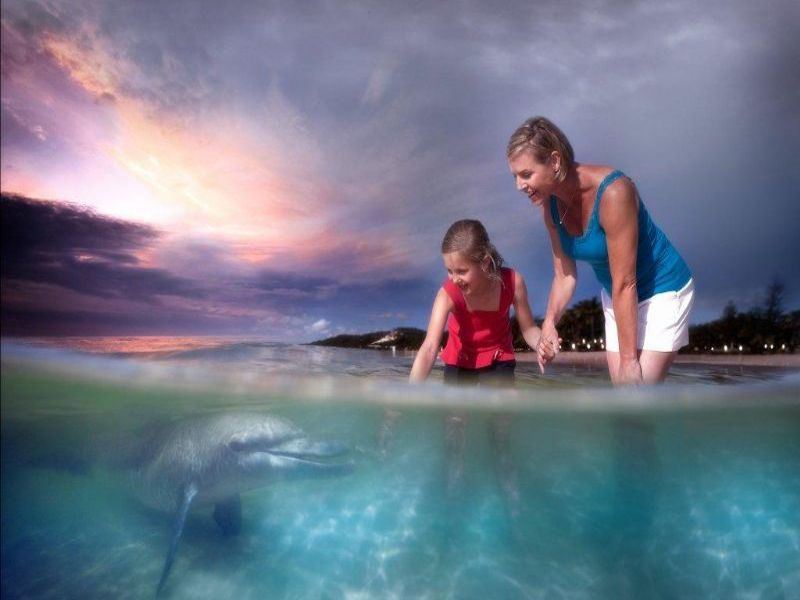 If you love diving, then discover underwater treasures at the Tangalooma wreck, which is comprised of 15 sunken ships scattered over 450 metres, teeming with diverse marine life and colourful corals. You can also do some whale watching, visit Cape Moreton Lighthouse, splash in sparkling lagoons and even try some sandboarding on the island’s rolling dunes. 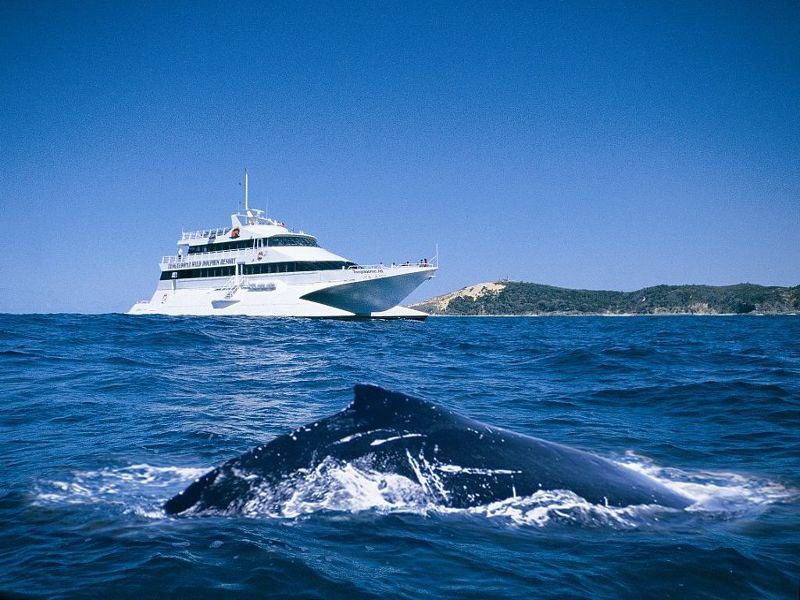 Heading south from Brisbane on an east coast road trip? Then take consider stopping off at some of the destinations featured in our Sydney to the Sunshine Coast Self-Drive. Here are some of the most popular options: 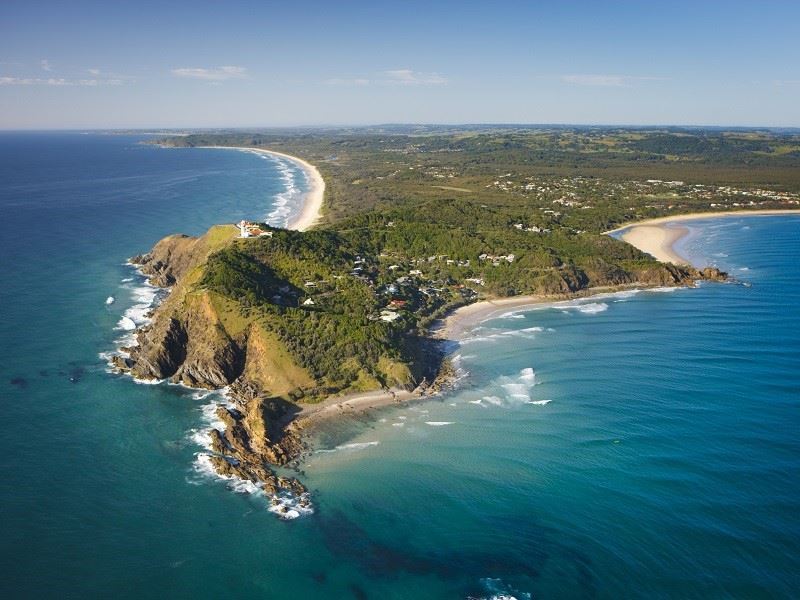 If you’re heading to the tropical north along the Sunshine Coast, stop-off at some of the destinations featured in our Sydney to Cairns - Grand East Discovery Self-Drive tour: 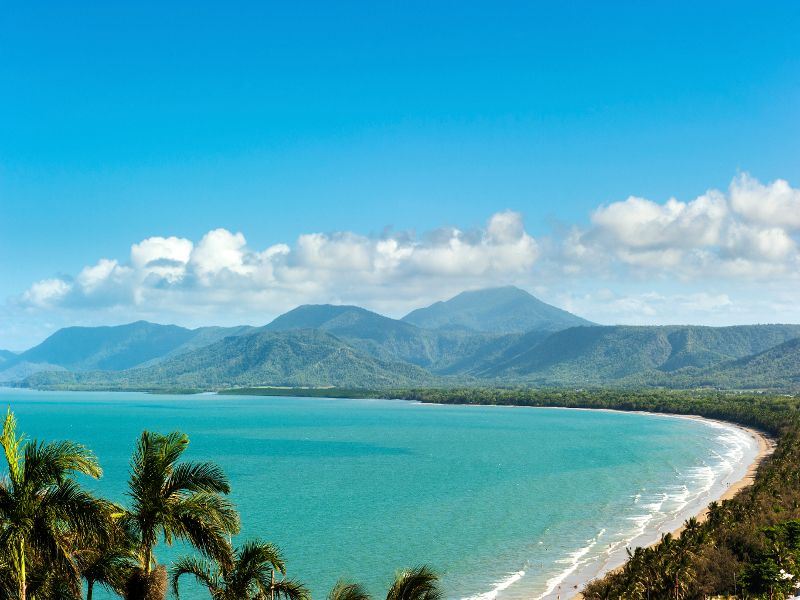 From Brisbane to Cairns Self-Drive