Head out on one of these top day trips from Melbourne

Victoria’s quirky capital Melbourne is renowned for its world-class street art, lively laneways, nightlife and culture. The city is also the gateway for exploring the Great Ocean Road, rugged Yarra Ranges and south-coast beaches. Here are some of the top day trips from Melbourne, whether you’re looking for wine tasting, national park hikes or island escapes.

All of these destinations lie less than three hours from Melbourne and make ideal day trips. To extend your stay in the city, try the Discover Victoria Self-Drive loop tour, which takes in the Yarra Valley and Phillip Island or the Great Southern Touring Route Self-Drive along the Great Ocean Road. Want to combine your Melbourne trip with an east coast adventure? Then get some ideas from our South East Splendour Self-Drive tour. 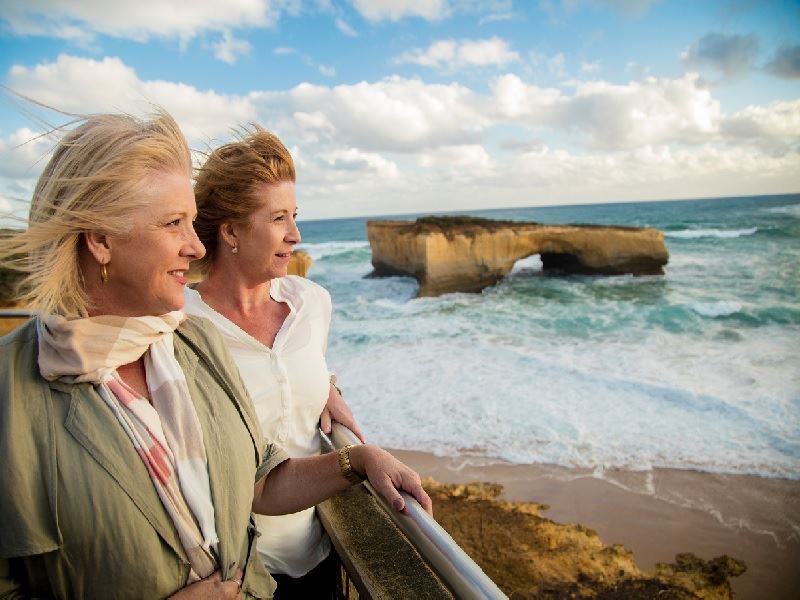 If you fancy some relaxation, head 90 minutes north of Melbourne to the spa town of Daylesford. Set in the foothills of Victoria’s Great Dividing Range near Wombat State Forest, the town has a lake surrounded by green hills, with numerous natural hot springs and nearby olive and lavender farms. Learn about the area’s history dating back to its Aboriginal roots at the local museum. Nearby Hepburn Springs is perfect for some pampering, with superb day spas and the historic Hepburn Bathhouse and Spa, established in 1895. If you have time, visit the Wombat Hill Botanical Gardens or take a trip through the countryside on the Daylesford Spa Country Railway.

Discover the wilderness of the Hanging Rock Reserve, a volcanic rock formation made famous by the book and film, Picnic at Hanging Rock. The reserve boasts a variety of hiking trails through eucalyptus forest teeming with iconic Australian wildlife such as kangaroos and koalas. Hike to the top of Hanging Rock to see the Memorial Cross for WWI soldiers. The reserve is set in the Macedon Ranges, which lies an hour north of Melbourne. Its highest peak is 1,010-metre-high Mount Macedon, an extinct volcano and Aboriginal landmark.

Visit Bendigo to experience an authentic 19th century gold rush town. The regional city lies just two hours north from Melbourne and was once home to the Central Deborah Gold Mine, which operated until 1954. Today you can take a guided tour of the mine and a vintage tram ride through the city’s boulevards, past grand Victorian-era buildings. There’s more history at the Golden Dragon Museum, which celebrates the area’s Chinese heritage, as well as the nearby Great Stupa of Universal Compassion, Australia’s largest Buddhist monument. In recent years, Bendigo has become a cultural hub with a thriving art scene, so you can also catch a performance at the Capital Theatre and explore the Bendigo Art Gallery.

Located on the slopes of the Great Dividing Range, Kinglake National Park covers over 23,000 hectares and lies just over an hour north of Melbourne. The park has largely recovered after the devastating 2009 wildfires and offers an extensive network of walking tracks, including the popular Mount Sugarloaf Ridge track. Trek through forests of gum trees, past fern gullies and waterfalls. Highlights include the Bowden Spur biking area, Wombelano Falls and panoramic views from the Frank Thomson Reserve. The Masons Falls picnic area has free BBQs and is the starting point for the Masons Falls Walk, a two-kilometre track that takes you to a viewing platform overlooking Masons Falls.

This iconic national park is located just three hours west of Melbourne. Home to the Grampians, five mammoth sandstone mountains, the park is listed on the Australian National Heritage List for its beauty and indigenous rock art sites. Come in spring for wildflowers and enjoy gushing waterfalls, including one of the largest in Victoria: 25-metre-high Mackenzie Falls.

Head to The Balconies lookout for views over the Victoria Range, go bushwalking or canoe on one of the park’s lakes. Halls Gap village is also worth a visit for the fascinating Brambuk Cultural Centre, where you can learn more about the area’s ecology and history. 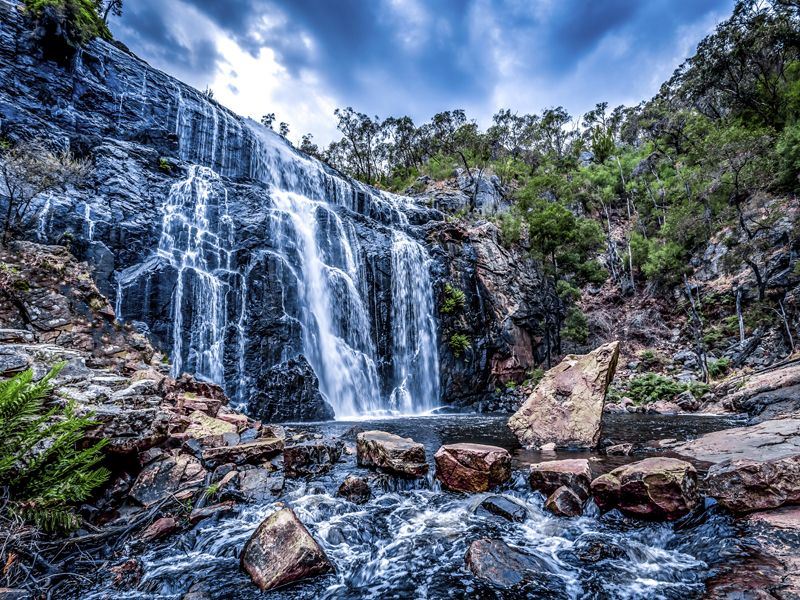 Ballarat has evolved from a modest gold rush town founded by European settlers to a large, modern city. It takes just under an hour and a half to drive to Ballarat from Melbourne and the streets are packed with restaurants, heritage buildings, cafes and art galleries. For history, visit the Gold Museum and Sovereign Hill, an outdoor museum where you can find out what life in 1850s Ballarat was like. Try your hand at gold panning, take a stagecoach ride and tour an old mine. Ballarat is particularly popular for its Winter Festival in July, as well as its botanical gardens and nearby wildlife park.

Don’t miss one of Australia’s most incredible journeys: The Great Ocean Road. The trip starts 90 minutes south of Melbourne in Torquay, one of the region’s best surf towns. Follow the winding coastal road along the Shipwreck Coast, stopping at the town of Lorne, then Bells Beach and Apollo Bay. The entire route covers 243 kilometres and takes around four hours to drive but you’ll want to make plenty of stops to see rock formations such as the majestic Twelve Apostles and London Arch. If you’re driving the Great Ocean Road over a couple of days, there’s also time to stop at the vineyards in Geelong, as well as visit Great Otway and Port Campbell National Parks. 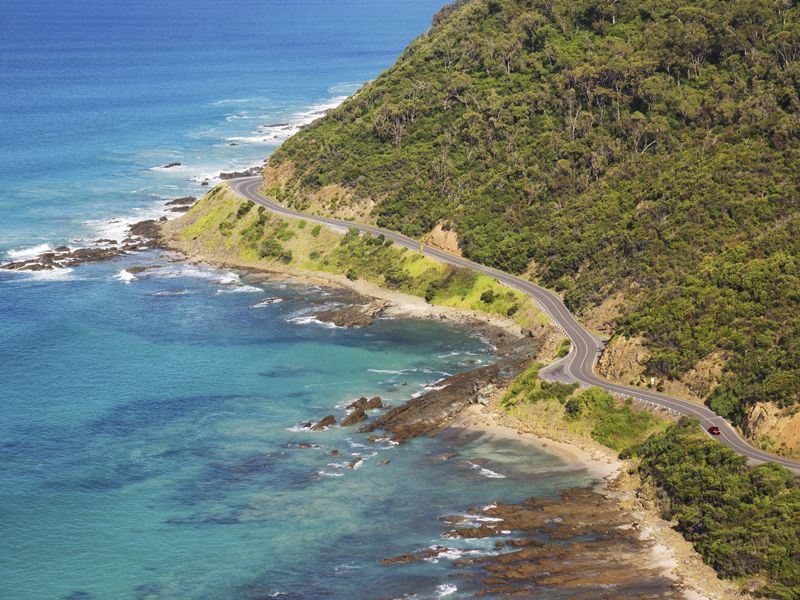 Just an hour south of Melbourne, the Mornington Peninsula is a stunning area of coastline dotted with seaside communities. Discover soft-sand beaches, secluded bays and hidden coves in the protected Mornington Peninsula National Park. Stroll around Port Phillip Bay and stop in cute villages like Sorrento, the state’s first mainland European settlement. You can also soak in the natural Peninsula Hot Springs and take a clifftop walk for views over the Bass Strait on the Bushrangers Bay Trail. You’ll spot grand vacation houses on Millionaire’s Walk on the cliffs between Sorrento and Portsea. There are also over 50 wineries in the surrounding area that specialise in cool-climate pinot noirs and chardonnay.

Phillip Island sits just off the coast of the Mornington Peninsula, less than two hours from the city. This wild haven is protected by the Phillip Island Nature Park and is famous for its daily penguin parade. Every evening at around 9pm, you can watch resident Fairy Penguins waddle along the beach to their colony. Spot more spectacular wildlife by walking the Nobbies, a boardwalk that will take you through bird gardens, or walk along Cape Woolamai which showcases pink granite cliffs and golden sand.  Phillip Island is also home to the country’s largest fur seal colony, kangaroos and a koala conservation centre.

Wilsons Promontory National Park lies around three hours southeast of Melbourne. Spiking into the ocean, the park marks the most southerly point on Australia’s mainland and has a heritage-listed lighthouse. Explore the national park’s beaches, cool-climate rainforests and granite mountains. You can take guided walks through The Prom, as it’s known to locals, stopping to see Giant Rock, Whisky Bay and Squeaky Beach, which has quartz sand that makes a distinctive sound when you walk on it. If you’re looking for a challenge, hike to the Mt Oberon summit or go diving, canoeing or snorkelling in the marine park. Other attractions in Wilsons Promontory National Park include Tidal River campground, Picnic Bay and Norman Beach, which boasts great views of Oberon. 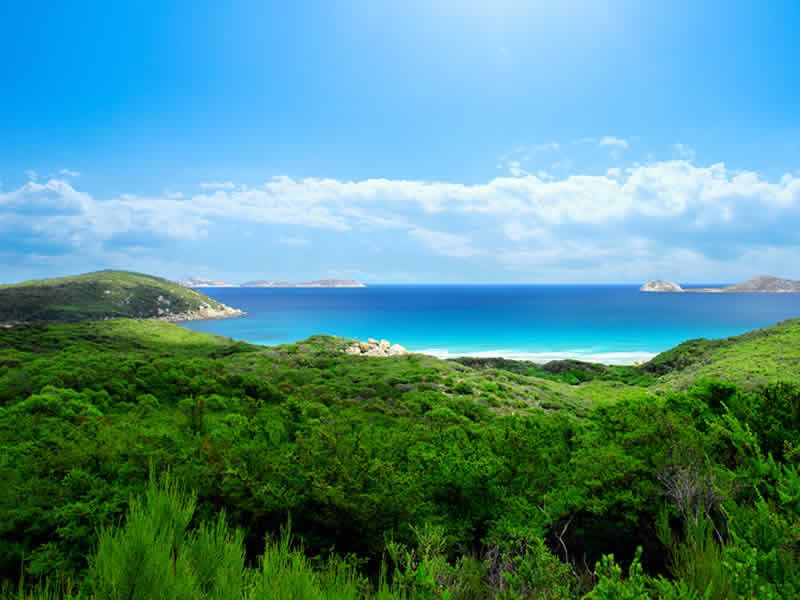 The dramatic Dandenongs Ranges is well worth a day trip from Melbourne and is located just an hour from the city. Mount Dandenong itself lies 633 metres above sea level and offers sweeping views over Melbourne. Go hiking through the mountains or take a scenic train ride on the Puffing Billy Railway through the ranges, taking in views of mountains covered in ash trees. Top sites include the William Ricketts Sanctuary to the east, named for the artist who created ceramic forest sculptures, and the 42-hectare National Rhododendron Gardens. One of the most popular Dandenong walks is the 6.6-kilometre loop through Sherbrooke Forest.

If you love wine, be sure to take a day tour of the lush Yarra Valley. This fertile area is known for its fabulous cool-climate wines. Tours will take you to some of over 80 vineyards in the area for tastings, including Domaine Chandon, Yering Station and TarraWarra Estate. Relax surrounded by rolling, vine-covered hills and stop for a meal to taste local cheese and produce. The Yarra Valley Tourist Railway runs on Wednesdays and Sundays and is a laid-back way to tour the valley. At nearby Coombe Farm, you can visit a grand heritage house and gardens that once belonged to Dame Nellie Melba, an Australian opera star. 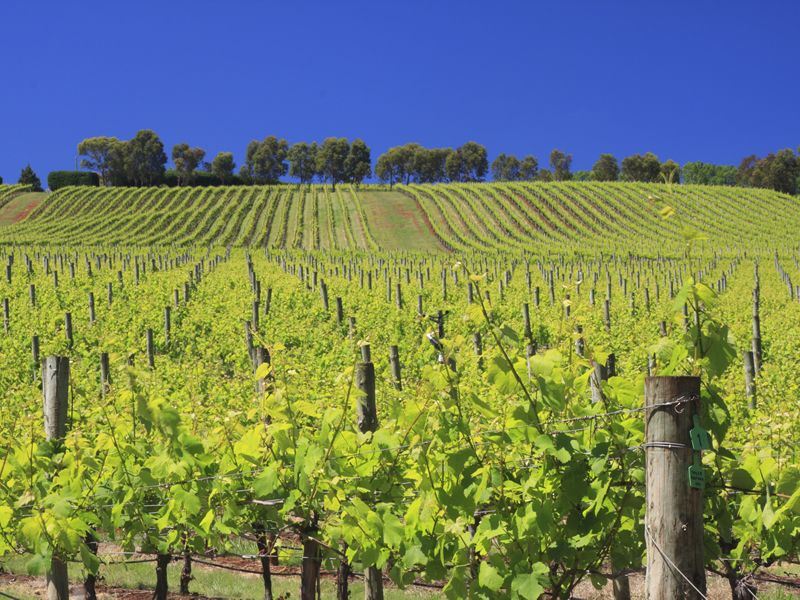 Want to explore more of south Australia? Head west along the Great Ocean Road towards Adelaide, stopping at some of these top sights along the way, featured in our Highlights of the South Self-Drive tour. 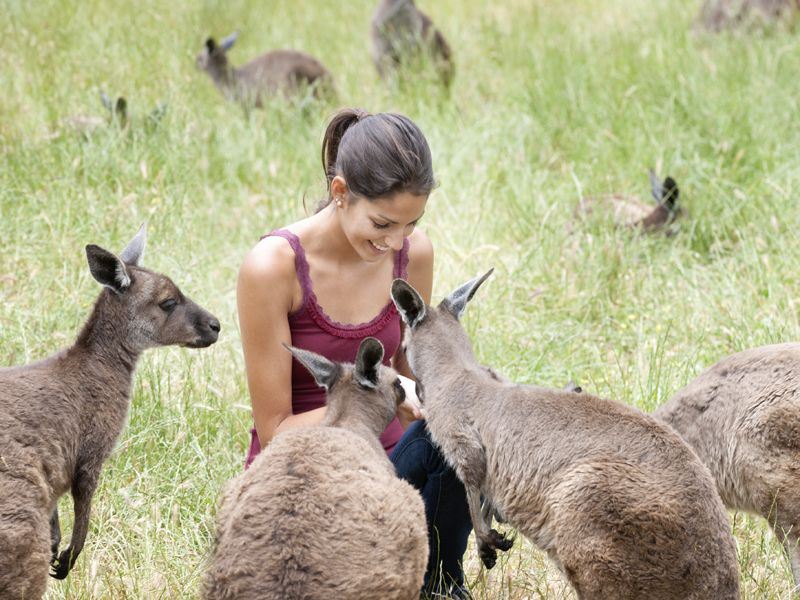 Melbourne is a convenient starting point for a trip up the east coast. Start by heading along the south coast to the Mornington Peninsula and Wilsons Promontory National Park. Next, you can head inland to Australia’s capital Canberra and on to Sydney, or drive straight up the east coast. This Discover the South East Self-Drive tour gives some ideas for stop-off destinations between Sydney and Melbourne, including:

You can continue your trip by driving further up the coast from Sydney to Brisbane and Cairns in the tropical north. Road trip suggestions can be found in our Pacific Coast Explorer Self-Drive and Sydney to the Sunshine Coast Self-Drive tours.